Koraimono is a general term referring to tea utensils produced in the Korean Peninsula, in contrast with the Chinese-produced style of pottery known as "karamono." Around the mid-16th century, corresponding with the rise of the wabi-cha style of tea ceremony, this multi-purpose bowl produced in ordinary kilns throughout the Korean peninsula came to be known in Japan as "koraimono," and used as a tea bowl for matcha. In contrast with the celadon porcelain and black tenmoku glazing of Chinese karamono, koraimono tea bowls are characteristically plain, simplistic, and carefree products, and it is this simple beauty that captured people's hearts at the time. Alongside the rise of wabi-cha, koraimono tea bowls came to occupy a higher position than Japanese products, and they continue to be passed down between generations even to this day.
Because Korea was formerly known in Japan as Korai (Goryeo), tea bowls made in Korea were referred to as "Korai tea bowls." However, the period in which the majority of these products were made was not the Goryeo Period, but rather the Joseon Period.
Koraimono are divided into many categories, each with distinct names, including kyogen-bakama, unkaku, mishima, hakeme, muji hakeme, kohiki, ido, idowaki, totoya, soba, tamagode, kaki no heta, komogai, goki, warikodai, as well as others in Japanese.
Moreover, in the 17th century, items believed to be in demand from Japan, such as the goshomaru, irabo, hori-mishima, and kinkai tea bowls were produced; and indeed, the gohon tea bowl was produced in the kilns of the Japanese settlement in Pusan based on a demand from Japan. 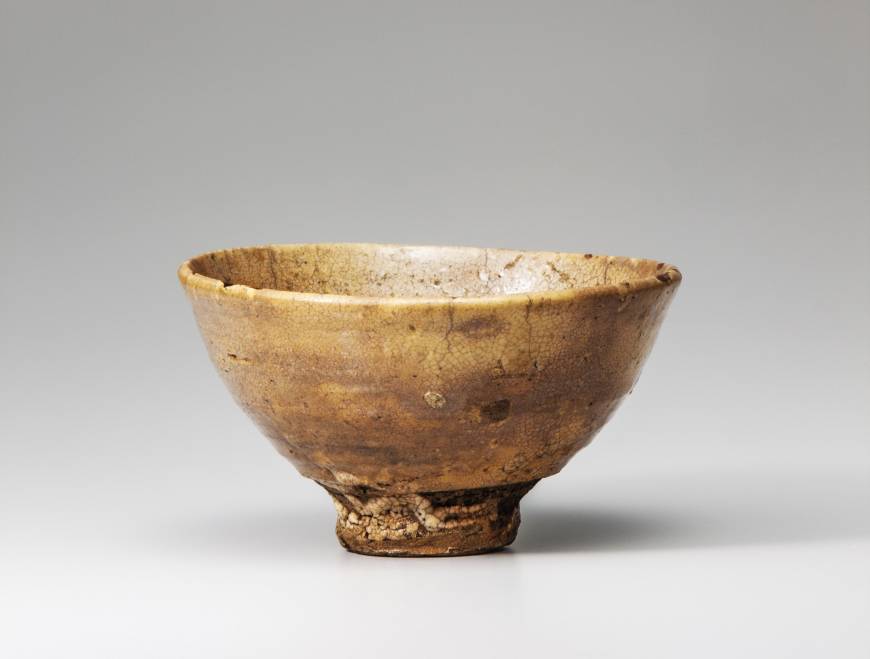