The Ten Craftsmen of Senke

The Ten Craftsmen of Senke

Senke jissoku is an honorary title used to refer to the ten occupations, such as lacquerers and carpenters, that have a closely working relationship with tea ceremonies and with the san-Senke (Mushakouji senke, Ura senke and Senke) schools of the tea ceremony. There were a limited number of craftsmen who could create tea ceremony utensils to the liking of the Senke, and due to the roles that they were required to play in formal ceremonies and death anniversaries, they became gradually fixed. The number of crafts used to vary depending on the family branch, but were organized into the 10 crafts of today, in the Meiji period. 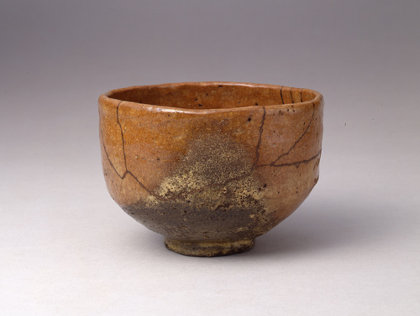 The Onishi family is a family of Kyoto tea kettle makers, whose work has continued for over 400 years, from the latter half of the Muromachi period. The fourth generation head of the family called himself Seiwemon, and from the sixth generation, excluding the ninth, all subsequent family heads have inherited the name. Their shop is found in the Sanjo-kamanza area in Nakagyo-ku, Kyoto. The current head of the family is the 16th generation of Seiwemon. 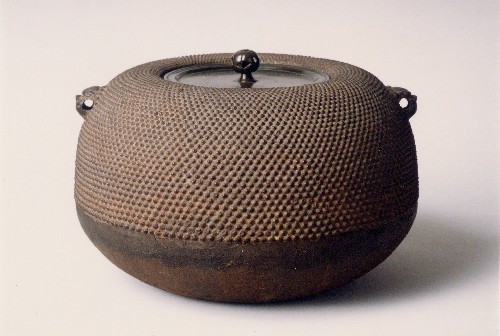 The Nakamura family is a family of lacquerers, whose work has continued for almost 400 years. Originally, they made furniture decorated with gold or silver lacquer (called Tsurei nushi), but starting in the Meiji period they became specialized lacquerers for tea ceremony utensils. In 2006, the second daughter of the 12th generation Nakamura Sotetsu inherited the name to become the 13th generation Sotetsu. 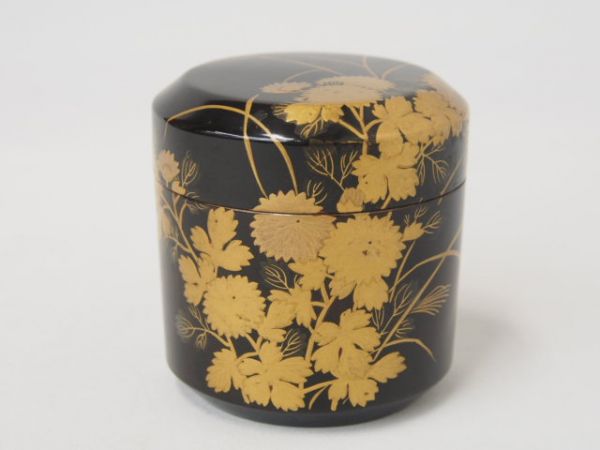 The professional name inherited through the generations by carpenters, who are purveyors to the san-Senke, and who manufacture shelves, incense containers, and fireplace frames, among others.
After the death of the 14th generation family head in 1977, the position has remained unfilled for a long time, and currently, Yoshida Hirozo, the son of the 14th generation master's nephew, is undergoing training to inherit the line. 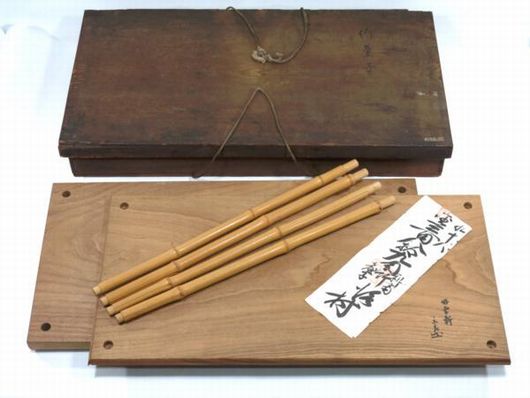 The name inherited by each generation of the head of the Nakagawa family, a family of hardware makers. Originally, they made armor in Echigo province, but the first generation to try his hand at making tea ceremony utensils, Nakagawa Kojuro, took up the name of Joeki, albeit using different characters, and from the second generation, the same name of Joeki (spelt with the current characters) has been used. The current head of the family is the 11th generation Joeki. 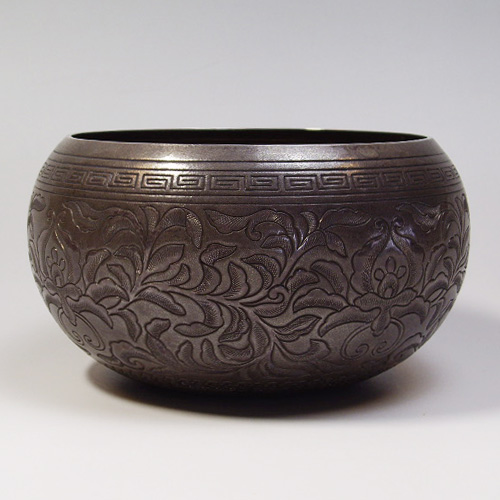 One of the ten occupations for Senke. From the second generation, the head of the family is referred to as "Hanshiro", and becomes Yuko when he retires and shaves his head. Up until the fifth generation, they made shifuku (silk pouches for holding tea caddies), but since then, have been making fukusa (small cloths for wiping tea utensils) and sashes for men's kimonos in addition to shifuku. The current head of the family is the 12th Tsuchida Yuko. 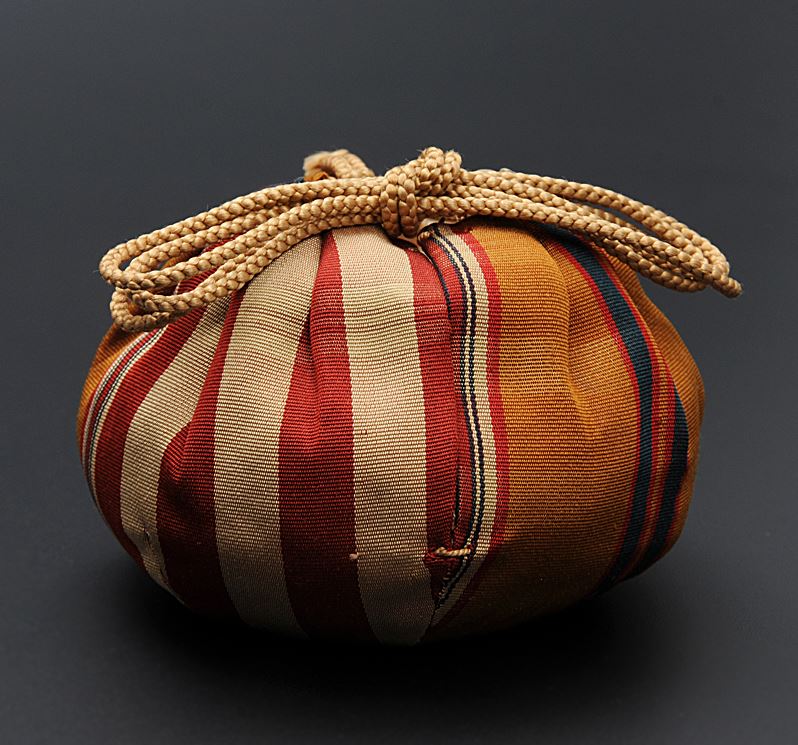 As picture framers who are purveyors to the san-Senke, they create mountings for paintings, bathroom screens, and kettle rests made out of paper, called "Kami-kamashiki". The current generation is the 12th. 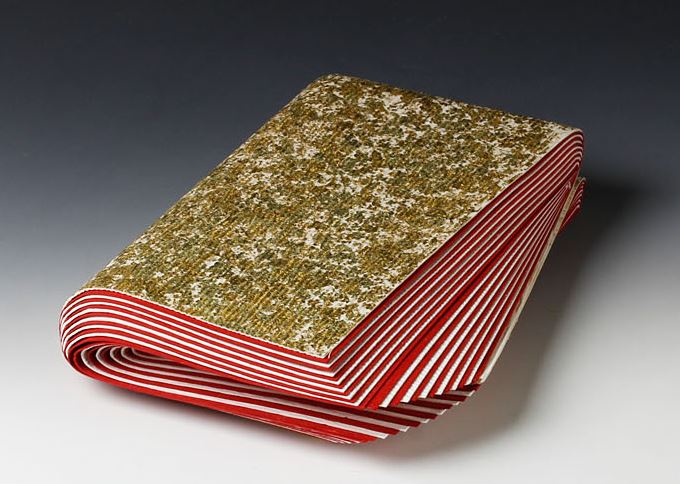 The name used by ikkanbari saikushi through the generations. The founder of ikkanbari in Japan, one of the types of lacquering, it is a lacquering family that has supplied the Senke through the ages with utensils lacquered in the ikkanbari method, such as tea caddies and incense containers. The current generation is the 16th, and along with the 12th generation of Sotetsu Nakamura, is one of the rare examples of a female head of Senke jissoku. 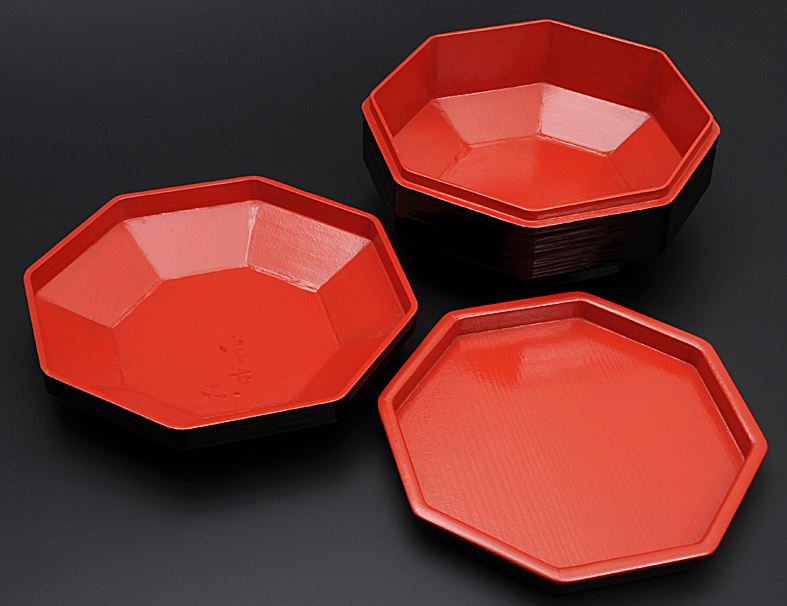 The name inherited through the ages by the family of takezaiku / hishakushi. Apart from ladles, they make tea ceremony utensils such as stands, incense containers, and flower vases, out of bamboo, and have delivered their works to the Senke.
The current generation is the 13th. 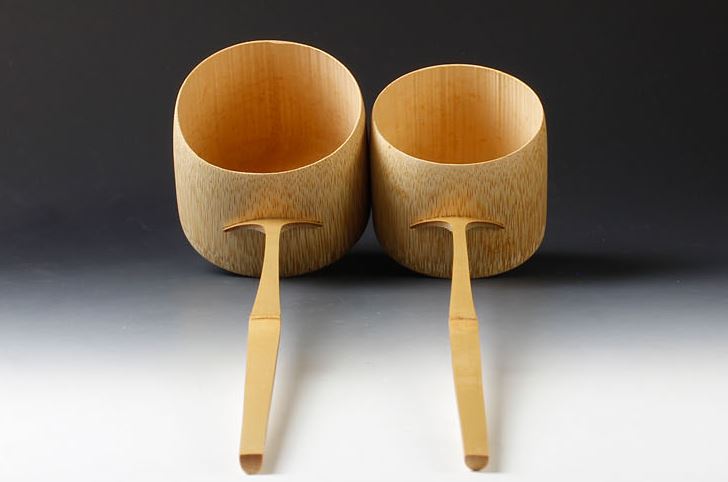 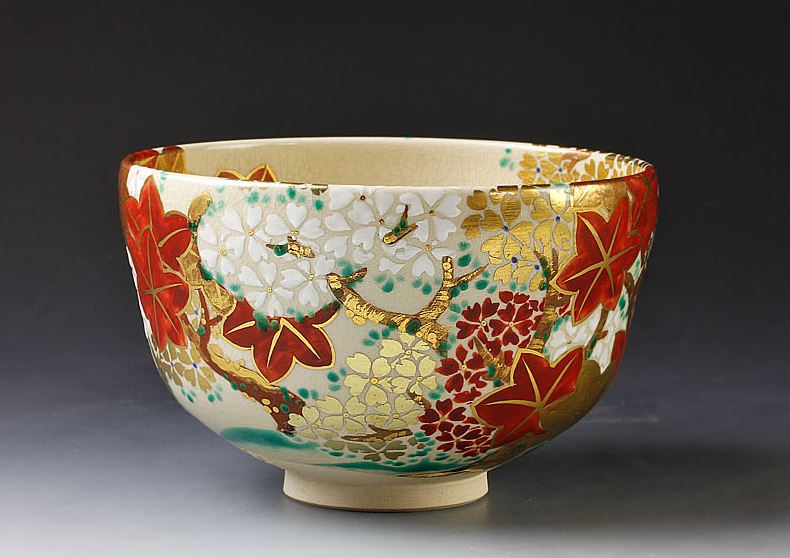