Sagemono is fashion item for townsman in the Edo period (1603-1868). Sagemono signify Netsuke, Inro and Kiseru. Traditional Japanese garments-robes called kosode and kimono-had no pockets; however, men who wore them needed a place to store their personal belongings, such as pipes, tobacco, money, seals, or medicines. Their solution was to place such objects in containers (called sagemono) hung by cords from the robes' sashes (obi). The containers may have been pouches or small woven baskets, but the most popular were beautifully crafted boxes (inro), which were held shut by ojimes, which were sliding beads on cords. Whatever the form of the container, the fastener that secured the cord at the top of the sash was a carved, button-like toggle called a netsuke.
Most types sagemono were created for specialized contents, such as tobacco, pipes, writing brush and ink, but inro were suited for carrying anything small 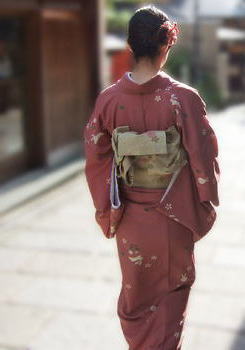 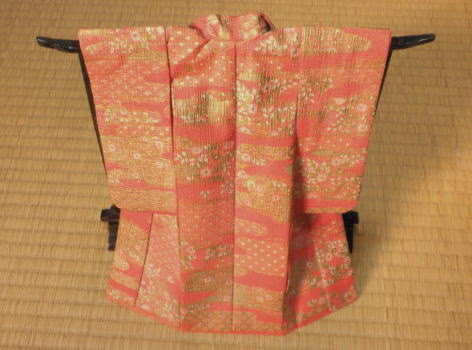 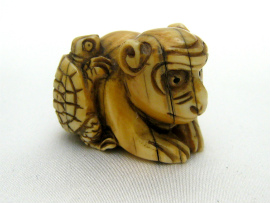 Netsuke is a traditional Japanese miniature carving in bone or wood. In the Edo era (1603-1861), they were used as toggles on clothing. Townsmen used them to hang crafted pill cases called "Inro" by cords from their Obi (cloth kimono belt) as their kimonos didn't have pockets. Netsuke come in many shapes, such as animals, birds, fish, clams, masks, ghosts, humans, spheres, and so on. They all are high quality art. Specifically, old netsuke with a patina (natural aged color) are extremely valuable. One old house-shaped netsuke made by artist Tadatomo was sold for $260,000 in a famous auction at Sotheby's London in May 1990. Today, the art lives on, and some modern works can command high prices in the UK, Europe, the USA, Japan and elsewhere. 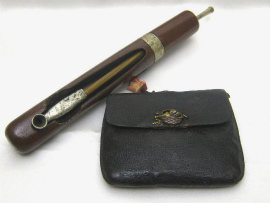 Tobacco was introduced to Japan by the Portuguese in the middle of 16th century. Japanese said that Portuguese make a fire in the stomach at the time. Smoking pipes are called ‘kiseru’ in Japanese, a mispronunciation of the Portuguese “que sorver (breathe in)”. In the Edo era (1603-1861), smoking wasn’t popular due to Japanese not being fond of display, and the wish to avoid fires, as towns consisted of wooden houses crowded together. During that time, smoking became the symbol for gangs or prostitutes. Smoking a long pipe in the red-light district implied a high class prostitute, and having a high class smoking pipe implied a gangster. In the Meiji era (1868-1912), smoking a kiseru pipe became popular among people wishing to modernize, and imitating European or American fashions. However its use declined rapidly after cigarettes appeared. 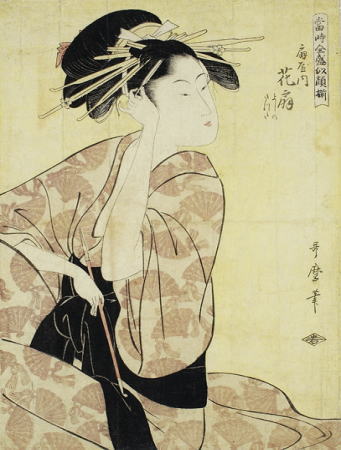 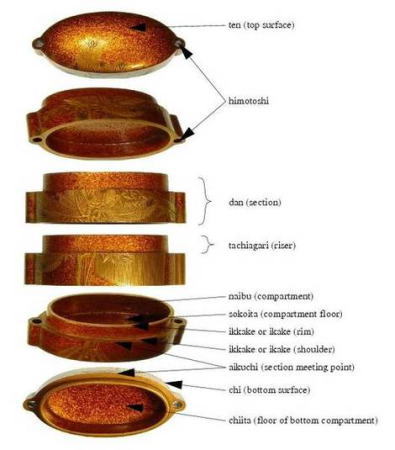 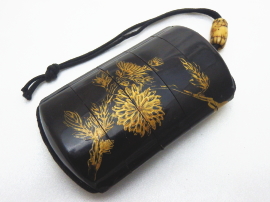 An inro is a traditional Japanese case for holding small objects. Because traditional Japanese garb (Kimono) lacked pockets, objects were often carried by hanging them from the obi, or sash. Most types of these sagemono were created for specialized contents, such as tobacco, pipes, writing brush and ink, but inro were suited for carrying anything small. Consisting of a stack of tiny, nested boxes, inro were most commonly used to carry identity seals and medicines. The stack of boxes is held together by a cord that runs through cord runners down one side, under the bottom, and up the opposite side. The ends of the cord are secured to a netsuke, a kind of toggle that is passed between the sash and pants and then hooked over the top of the sash to suspend the inro. An ojime is provided on the cord between the inro and netsuke to hold the boxes together. This is a bead with a hole through the center through which the cord is passed. It is slid down to the top of the inro to hold the stack together while the inro is worn, and slid up next to the netsuke when the boxes need to be unstacked to access their contents. Inro were made of a variety of materials, including wood, ivory, bone, and lacquer. Lacquer was also used to decorate inro made of other materials. 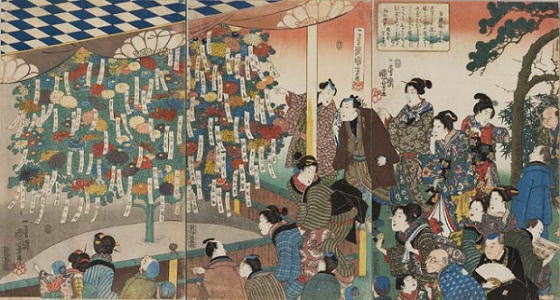 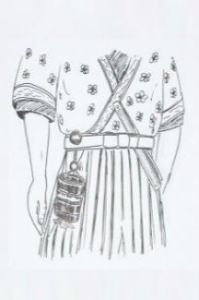 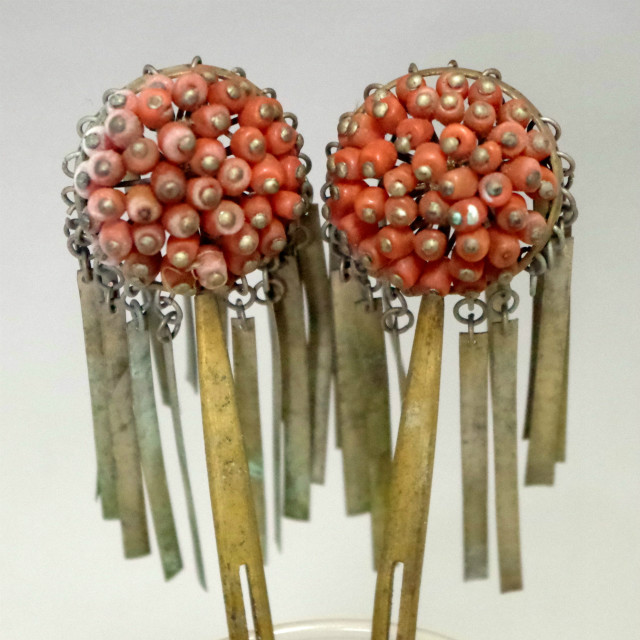 When the nation entered the Edo Period, shimada-mage, katsuyama-mage, and other intricate hairstyles began to emerge. Along with the surging popularity of mage (up style), kanzashi (ornamental hairpin) has come under the spotlight. Since the mid-Edo Period, women’s hairstyle has become increasingly complex and extravagant, and hairpins also developed in line with the trend. With many different shapes with different decoration styles, such as lacquer, gold lacquer, mother-of-pearl inlay, ivory inlay, openwork, etc. and with a variety of materials, such as ivory, tortoise shell, horse hoof, gold, silver, etc., kanzashi has earned the status of women’s essential item. In the 1700s, hairpins with earpicks attached at the end were introduced to the population. The addition of earpicks is said to have been a countermeasure against the government’s restriction on excessive luxuries. As kanzashi’s loyal fans were yujo (prostitutes), who were the fashion leaders of the time, they improvised even fancier styles where three or four earpicks are sticking out on each side of their buns. 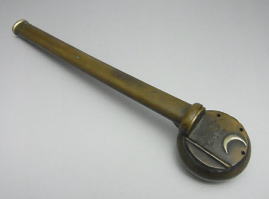 Yatate literally means "Arrow Stand" ("ya-tate"). The name comes from the practice of early samurai who kept ink stones inside their arrow stands. The first yatate were long boxes, with the ink compartment in the axis of the pen. The "smoking pipe" shape was designed to increase the quantity of available ink. In the late Edo era, another design was developed, with the ink box attached to the pen shaft by a chain; the ink box was used as a netsuke to fix the yatate to the belt, while other yatate are simply put in the belt like a fan. As only members of the samurai caste were permitted to carry katana, some yatate were designed to be used for self-defense for example townsman hide a knife into the Yatate.