One famous Longquan ceradon bowl is named Bakohan, and is a National Treasure of Japan displayed in the Tokyo National Museum. According to a document from the Edo period this beautiful green tea bowl was made in a Longquan kiln between 1127-1279 (the South song era) and gifted from China to Japan's Taira no Shigemori in 1175. In the Muromachi era in Japan, Bakouhan was inherited by the eighth shogun Ashikaga Yoshimasa (1435-1490) and he found cracks in the bowl. He then sent the bowl to Ming China and asked for a new bowl, the same as the one he had sent. However a potter of the Guan kiln of Ming China fixed the Shougun’s bowl and sent back, instead of a new bowl. The potter said, looking at the old bowl, “It is impossible to make such a beautiful same one again” 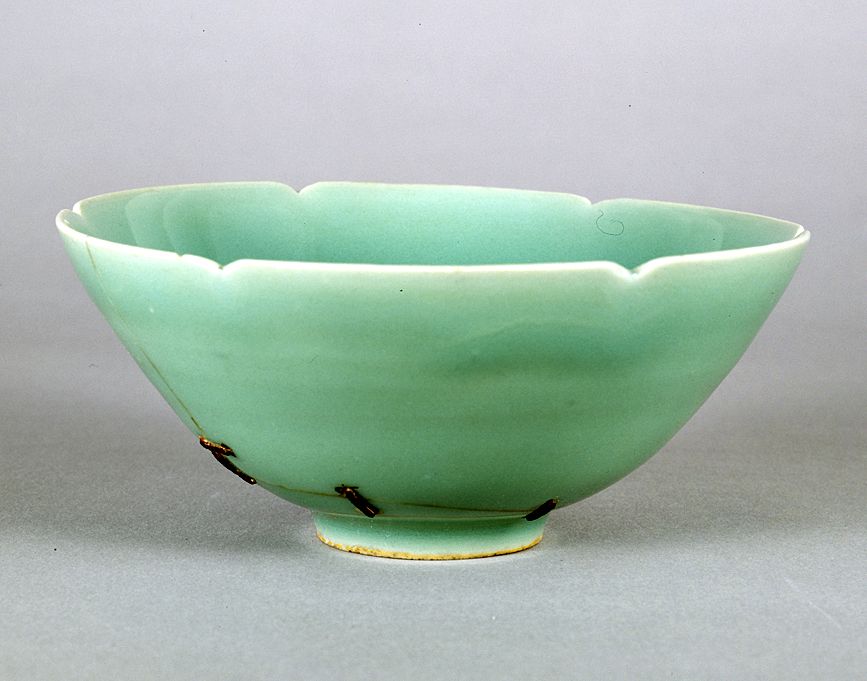 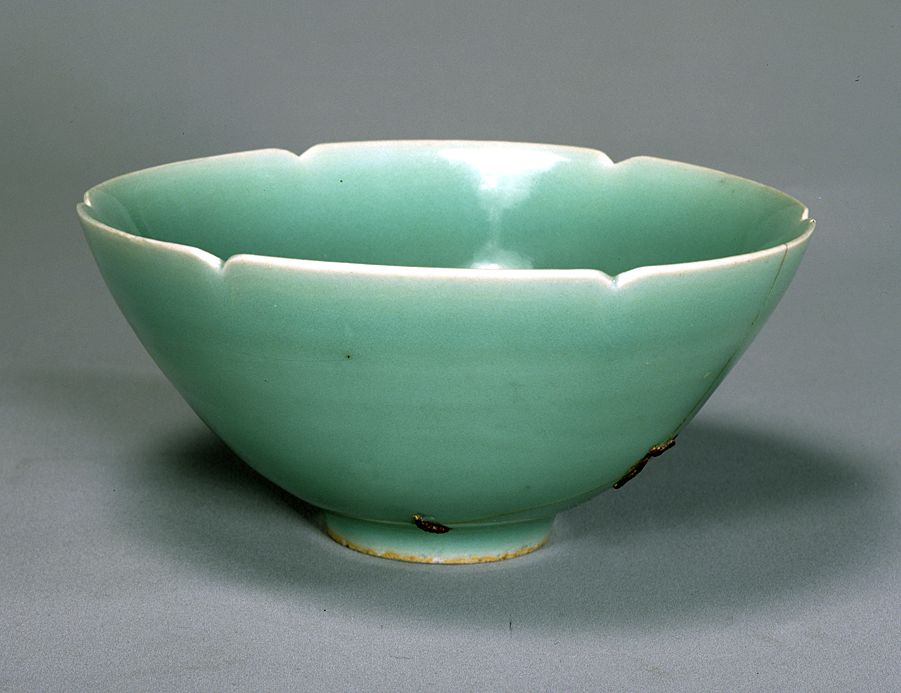 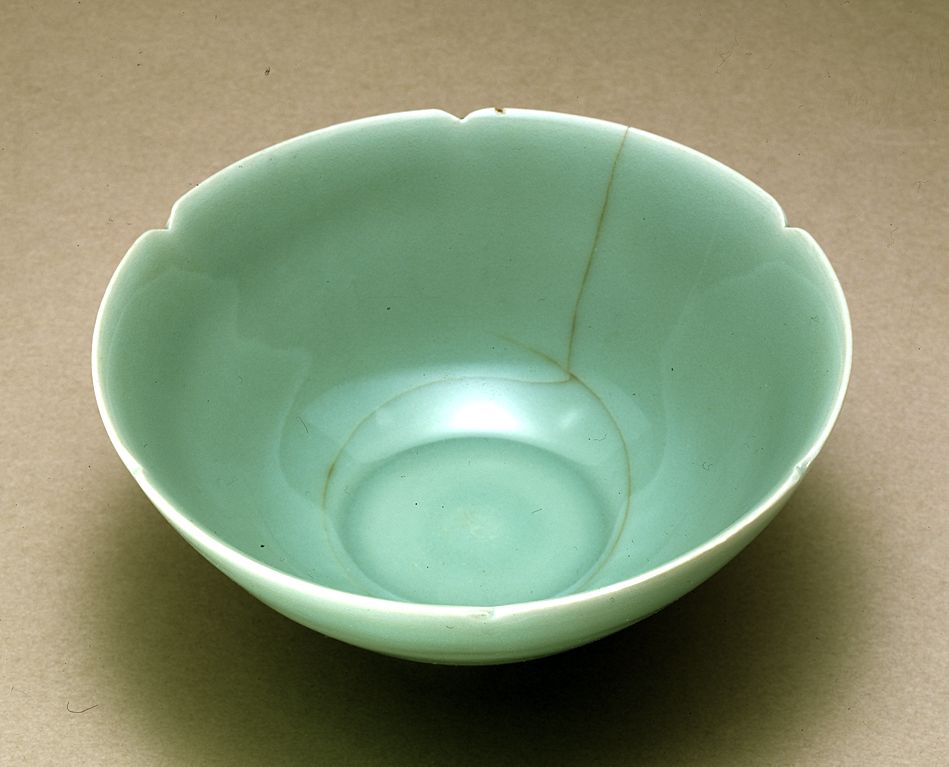 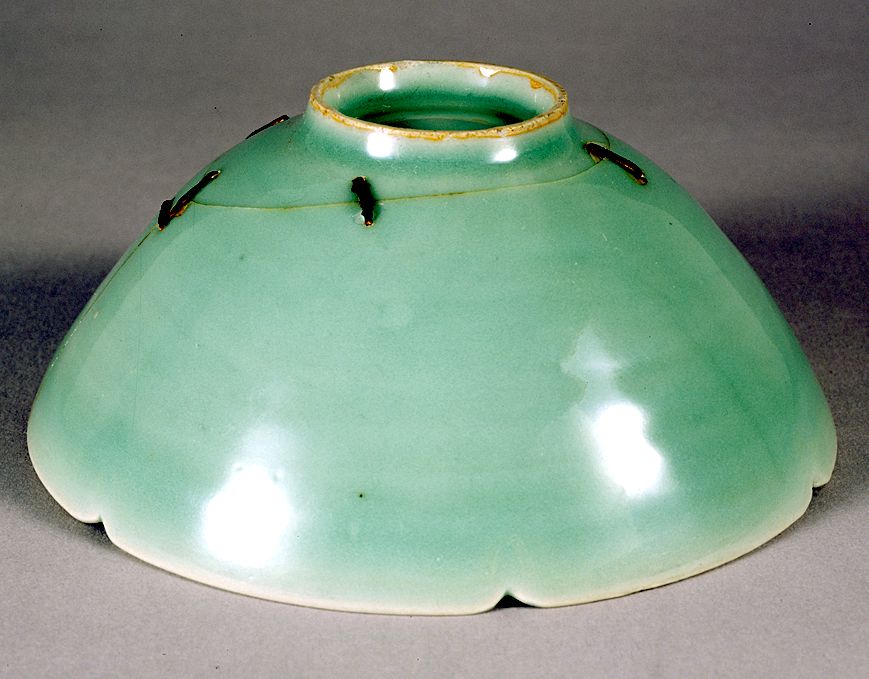