This page introduces "Sobokai clay", the raw material for Seto-ware, which was introduced in the story about Ofuke-ware.

This clay is quite rare and I will explain what kind of clay it is.

Sobokai clay
There is a legend that "the potter Toshiro (Kato Shirozaemon) found suitable clay for pottery in Seto, Sobokai, and settled in Seto to make pottery from that clay. The clay is a type of clay called Kibushi-nendo, which is characterized by its fine texture, high viscosity, and ability to keep its shape. This clay, which contains a lot of iron and turns reddish-black when fired, is thought to have been especially suitable for the production of tea utensils because it enables thin construction and complex deformation by the potter’s wheel, and it is also strong when fired.

It is known that the Owari clan had a monopoly on Sobokai clay by bringing it into the castle's storehouse. At one time, pottery tea utensils were so expensive, Samurai said that a castle could be built with a single tea utensil. Later, it became less expensive and there were many Seto-ware tea utensils made of Sobokai clay.

Believe it or not, tea ceremony utensils were once an indispensable tool for politics in Japan. If you are interested, please refer to this page for a better understanding.

It is easy to imagine that Ofukai ware was one of the means to support the economy of the Owari clan. 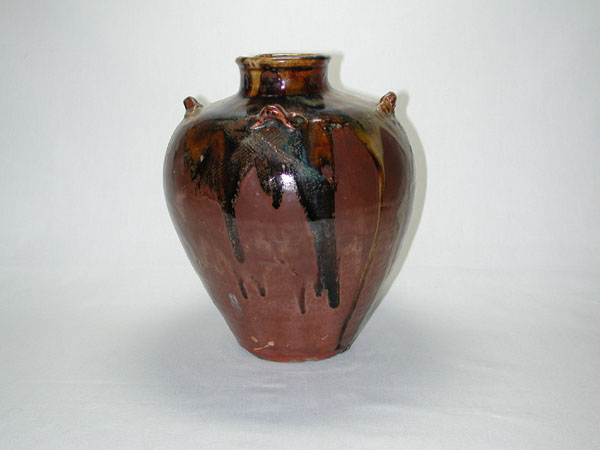