Toshiro, the founder of Seto ware

What kind of a person was the founder of Seto-ware, Toshiro? This was introduced on the web page run by Seto City, so here is the English translation.

Toshiro, the founder of Seto-ware
Kato Shirozaemon Kagemasa (commonly known as Toshiro) is essential to the story of Seto-ware. According to Fujishiro's biography, which describes the life of Kato Shirozaemon Kagemasa, Toshiro followed Dogen Zenji, the founder of the Soto school of Zen Buddhism that founded Eiheiji Temple, to China in the second year of Joh'o 2 (1223), and returned to Japan after learning the technique of pottery. After that, he traveled around Japan in search of suitable soil for making pottery and in 1242, he found good soil in the Sobokai region of Seto and opened a kiln there. Thus, Toshiro became the founder of Seto-ware. Although no biographies of Toshiro have been confirmed prior to the Edo period, several historical documents related to Toshiro existed in the Middle Ages.

The earliest record of Toshiro's appearance is an iron-glazed pottery tea caddy, marked Seio 2 (1289). The earliest biography of Toshiro is "Kato Toshiro Shunkeio Denraiki" written in 1748. In this biography, Zen priest Dogen visited Mikuzo-in temple in Kasugai from time to time. There, Toshiro visited him and he started practicing Zen Buddhism. It is written that this became an opportunity for Toshiro to follow Master Dogen to China during the Song dynasty.

There are many other biographies of Toshiro, but they are legends and have no scientific support.

In Bunsei 7 (1824), Suehiko Shrine was built in the precincts of Fukagawa as a shrine to Toshiro. In 1867 (Keio 3), Japan's largest ceramic monument (over 4 meters (13 feet) in height) was erected in memory of Toshiro in Toso Park, which overlooks Seto town. In addition, the people of Seto have been holding the Seto Pottery Festival since 1962, honoring Toshiro as the founder of Seto ware and his achievements. 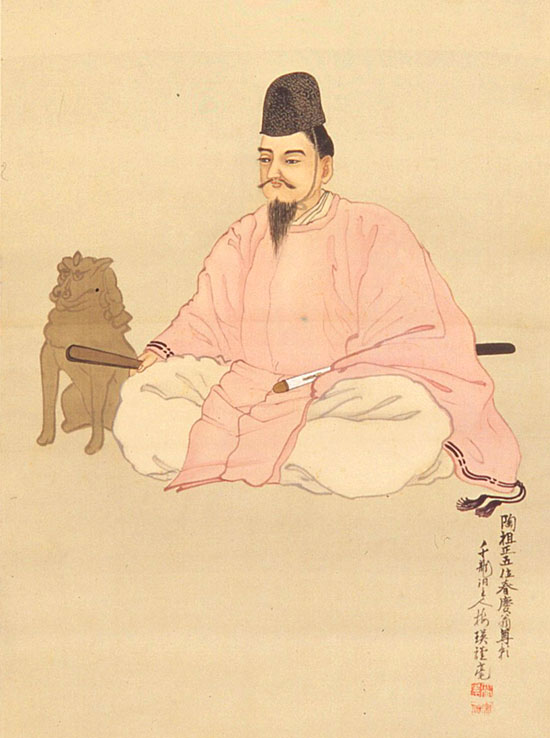